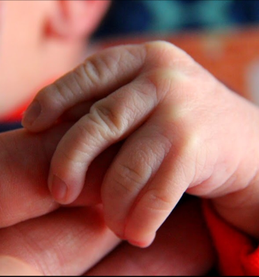 is a group of symptoms that occur when there is damage to the nerves that manage every day body functions such as blood pressure, heart rate, sweating, bowel and bladder emptying, and digestion.

Very early on Joey lost his ability to take food by mouth. He could not coordinate his swallowing, aspirating (liquid breathed into the lungs) was a big concern. He came home from the hospital at 5 weeks old with a feeding tube and  later had surgery to replace his feeding tube with a G-tube. 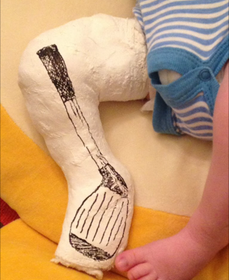 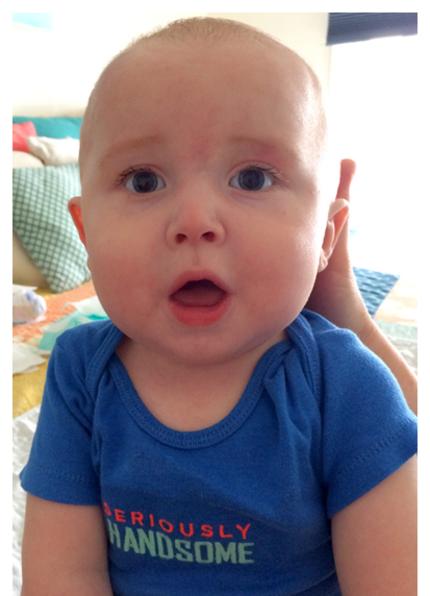 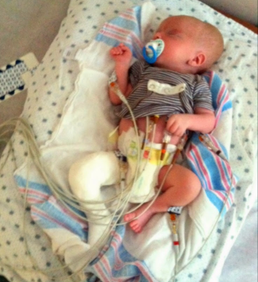 It is usually diagnosed before age three months, but in retrospect the first seizure could be felt towards the last trimester (when the baby is in the mother’s womb) or is seen during the first 10 days of life.  Motor and cognitive problems can be seen in a baby that can get progressively worse. Ohtahara syndrome can affect both boys and girls. 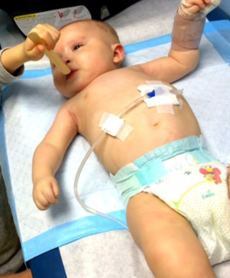 ​Nasogastric Intubation is a medical process involving the insertion of a plastic tube through the nose, past the throat, and down into the stomach.

Joey had two fingers joined together on his left hand. ​He would later have surgery to correct the Syndactyly as it can cause problems if untreated. 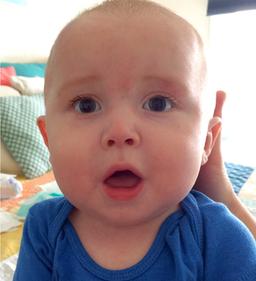 Joey was born with a club foot on his right foot.​ He went through weeks of cast settings and would later have surgery to correct his club foot. 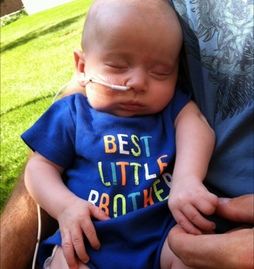 Joey was born with a club foot and a syndactyly (two fingers joined together) on his left hand. He was diagnosed very early on with severe hypotonia (a state of low muscle tone), and hypertonia (abnormally increased muscle tone). He was either very floppy or so stiff you could not bend his arms or legs. He was later diagnosed with arthrogryposis type 1, stemming from a very rare protein deficiency in his FBN2 gene.

Joey was born with an extremely rare epileptic syndrome that ultimately brought his life to an end. It took months for him to be diagnosed and for us to understand what we were truly up against.

We battled with seizure medicine for over a year, nothing seemed to make a difference. We tried the Ketogenic diet, that too was unsuccessful. We were devastated and desperate. We had an MRI done on Joey's brain to see if he would be a candidate for surgery (some babies with a focal structural brain abnormality may be able to have epilepsy surgery to remove the abnormal area of brain). Unfortunately, his seizures were not focal, but rather all over, meaning surgery was not an option. His seizure activity began to deplete him mentally and physically.

We had genetic testing done on ourselves and Joey to see if there were any gene mutations that could have caused the seizures. The testing took an agonizing five months for results.  We found out he had a rare gene mutation in his sodium channel (SCN9A) which was thought to be the source of his seizures.

Joey was also diagnosed with Distal Arthrogryposis Type 1 which caused him joint pain. In addition, he suffered from autonomic neuropathy making normal body function impossible. This included extreme sweating and uncontrolled spike in body tempatures. He could not cordinate swallowing and he had a lot of gastrointestinal issues. It is so painful as a parent to watch your child struggle like this. ​ 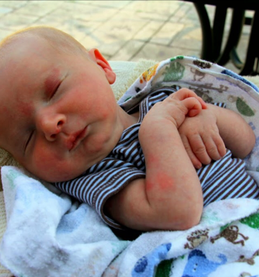 Gastrostomy Tube is a medical process surgically inserting a tube through the abdomen that delivers nutrition directly to the stomach.

Joey was diagnosed with Ohtahara Syndrome at 11 months. This seemed to be the missing piece of the puzzle. OS is a very rare epileptic syndrome. The diagnosis filled in a lot of the blanks, and answered a lot of questions. Heartbreakingly, his prognosis was not good: children with Ohtahara Syndrome often die within the first two years of life because of complications, including repeated chest infections. Those who do survive are usually severely disabled and will continue to have seizures despite treatment.

At 20 months old, our baby lost his battle with Ohtahara Syndrome. Joey inspired us in so many ways. He brought out the best in us and he taught us to live every day to the fullest.

We want to bring our smiles to other families in need. To help brighten up a child's life, if even for a moment. We are extremely dedicated to making Smiles from Joey a resource for information and support. If you think 'Smiles from Joey' can help you, please reach out to your social work department at your child's hospital and ask them to contact us.